For a long time, we thought a single dog year was comparable to 7 human years, however, this theory is not scientifically supported. The reason for this is that different breeds will age differently. For example, smaller dog breeds tend to live longer than larger breeds.

Even though the 7:1 calculation from dog years to human years has been around for over seventy years, it is not accurate. Many people are still using that formula today. The curator of the Charles R. Connor Museum at Washington State University compiles studies about the longevity in dogs.

The possibility of how that formula came about is based on statistics that people lived to be about the age of 70 and the dogs to be about 10. The suspicion was this was a marketing ploy to educate the public on the time-frame a dog ages compared to a human from a health standpoint. This way it encourages the dog owners to bring their pets to the vet once a year.

How Do They Come Up With Numbers Like That?

Considering several factors makes it impossible to pinpoint precisely, but the AVMA says: “Cats and small dogs are generally considered “senior” at seven years old, even though everyone knows there is plenty of life left in them. However, the larger breeds of dogs tend to have shorter lifespans when comparing to smaller breeds which makes them senior at five to six years of age. The “senior” classification is based on the fact that dogs age faster than humans with dogs at this age have more age-related issues in pets. This is what debunks the popular belief that doges age at a rate of seven human years for each dog year.

The German Shepherd is an example of this. The average life expectancy, according to the American Kennel Club (AKC), who registers the breed in the U.S. lists their lifespan from only 7 to 10 years. This means that a 4-year old German Shepherd is 35 in human years. Just keep mindful these are just rough estimates.

There are three sources that keep data on dog longevity: pet insurance companies, breed-club surveys, and veterinary hospitals. We found that the National Center for Health Statistics does not keep such records for dogs.

Why Would Smaller Dogs Live Longer Than The Larger Dogs?

Research has baffled scientists for years and cannot explain the relationship between the body mass and the dog’s lifespan.

When given the time to think about it, large mammals like elephants and whales, for instance, live longer than smaller animals like mice. So why do smaller dogs live with longer life spans than the larger breeds?

According to Cornelia Kraus, when speaking to Inside Science, an evolutionary biologist from the University of Gottingen in Germany, large dog’s age at an accelerated pace, and “their lives seem to unwind in fast motion”. The conclusion that scientists have come up with is that every 4.4 pounds of body mass reduced a dog’s life expectancy by about 30 days. The reason for this is still a mystery, although Kraus has several possibilities that include that large dogs may succumb to an age-related illness sooner, and the accelerated growth of large breeds may lead to a higher possibility of abnormal cell growth and death from such things as cancer. Obviously, scientists have future studies to better explain this link between growth and mortality.

Researchers at the University of California San Diego put for a new 2019 study method for the calculation of a dog’s age based on the changes made in human and dog DNA over time. Both species, methyl groups are added to the DNA molecules throughout the aging process which alters DNA activity without altering the DNA itself. This results in DNA methylation that has been used by many scientists who study aging in humans using an “epigenetic clock”.

This research team used targeted DNA sequencing in 104 Labrador Retrievers crossing a 16-year range of age in the attempt to compare a dog’s epigenetic clock to those of humans. The results provided enough information for them to derive a formula for adjusting dogs’ ages to “human years”, by multiplying the natural logarithm of the dog’s age by 16 and adding 31 (human_age = 16ln(dog_age) +31. This natural logarithy calculator might help or maybe not.

This study only used one breed, your dog’s “human age” using this formula may not match correctly. We know that different breeds will age differently, so the USCSD calculation may lack just enough variables for a conclusive result. The new science-backed formula is certainly much more useful than people looking to simply calculate a dog years to human years using the 7:1 myth. 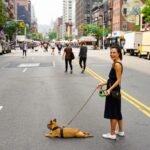 When Asphalt Is Too Hot For My Dog’s Paws 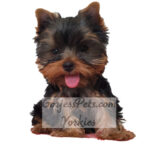 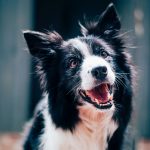 Dental Health For Your Dog